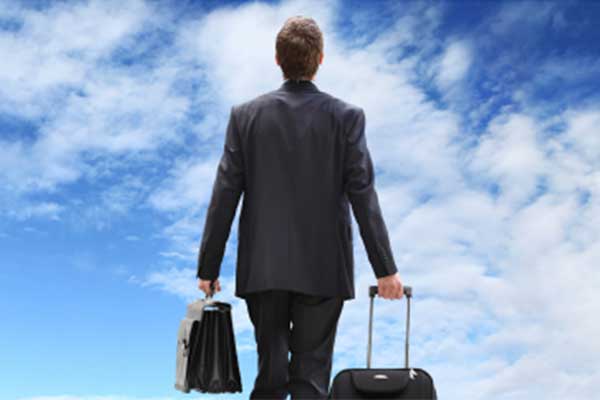 Thousands of Australians head offshore each year to expand their horizons and a lucky few will fund their adventure by working overseas. Some may live overseas and work for an extended period, but there can often be confusion about the tax implications for taxpayers who take advantage of such offshore opportunities.

Why is tax residency important?

Further, an individual who is a non-resident is not eligible for the $18,200 tax-free threshold, so all assessable income is taxed right from the first dollar. There are also variances in the marginal tax rates applied.

In cases where an Australian individual goes overseas for employment, even for some years, the individual’s tax residency status is a key factor in how much tax that person is required to pay in Australia. Another factor to keep in mind is the tax law of the country in question, or whether there exists a “double taxation agreement”.

If you remain an Australian tax resident

Any income that comes from working outside Australia

However, if you have paid tax on that employment income overseas, you should be able to claim some or all of the foreign tax as a credit against your Australian tax liability. This ensures that you are not double-taxed (as noted, you will need to consider the operation of any double taxation agreements). This credit is referred to as a “foreign income tax offset”.

You can claim this for the Australian-dollar equivalent of the foreign tax paid on income, profits or gains (including gains of a capital nature) that are included in your Australian assessable income. In some circumstances, the offset is subject to a limit, which broadly equates to the amount of Australian tax that would be payable.

To be entitled to a foreign income tax offset:

If you cease Australian tax residency

As a tax non-resident, you will only need to submit an income tax return if you have Australian-sourced income — and there is no need to lodge a return if the only Australian-source income you receive is interest, dividends or royalties that has had the correct amount of non-resident withholding tax deducted and remitted.

Further, when you become a non-resident, you are deemed to have sold all your CGT assets that aren’t taxable Australian property (i.e. shares) for their respective market values at that time. So it is theoretically possible to pay the tax before you sell the asset, although you can generally elect to defer any capital gain or loss until you later sell the asset. If you make such an election, your CGT assets are taken to be “taxable Australian property” and so will fall within the Australian tax net if it is later subject to a taxing event (such as disposal).

And remember, non-residents for tax purposes are not required to pay the Medicare levy, so you can claim the number of days that you are not an Australian tax resident during an income year as exempt days in your tax return.

How can we help?

Tax residency status can be confusing and complicated. We have significant experience in these matters. If you are thinking of leaving Australia for a period of time, you should talk with us as soon as possible to avoid any later ATO issues.

If these issues affect you, you can contact Caxton Pang on (02) 9299 4520 or one of the team members in Linton Solutions – www.linton.com.au for a confidential discussion.

Family Office: What Does It Mean?

When wealth accumulates in a family and is passed on through one generation to another,…