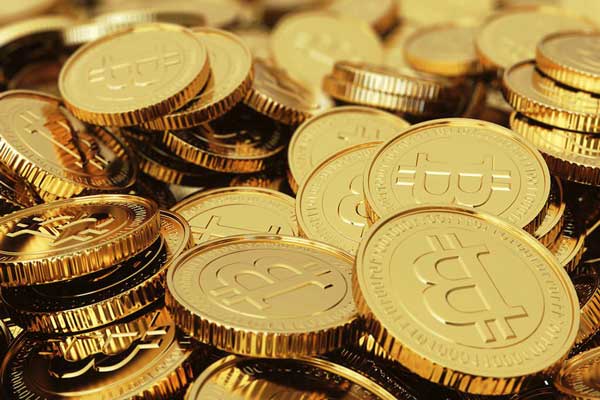 Lauded for its convenience and lack of dependence on a central authority as much as it is derided for its unpredictability and the anonymity it grants criminals, global digital phenomenon Bitcoin is spreading to every corner of the world and transforming the very essence of monetary transactions.

The question is however,is it safe to use Bitcoin in business transactions and what are the tax implications of doing so? A few things to keep in mind are:

Bitcoin is a five-year old computer-driven virtual currency traded on peer-to-peer networks. The currency is largely unregulated,nor is it managed by a central bank, instead relying upon an open source cryptographic protocol for the creation, storage and transfer of currency. It is highly volatile, having fluctuated from lows of $US 2 to highs above $US 1,200. At the time of writing, one Bitcoin was worth around $US 590.

What not many people know is that there is a total of only 21million Bitcoins that will ever be created. Bitcoins cannot simply be withdrawn as cash in real life. There are three ways to obtain Bitcoins– by mining them, buying them from someone who already has the currency, or providing goods and services and accepting them as payment from someone.

The third way is possible because Bitcoin is becoming an increasingly accepted virtual currency used by businesses around the world–even in Australia.Among local retailers who have adopted Bitcoin are online retailer UndieGuys, the Old Fitzroy Hotel in Sydney’s Woolloomooloo and online legal firm Legal Vision. On an international level, WikiLeaks and WordPress accept Bitcoin as payment.

The factors driving Bitcoin’s growth are its appreciating value, decentralised status,how it allows traders to buy and sell various goods in real time, lack of currency conversion costs when buying and selling overseas as well as the absence of transaction costs typically attached to credit cards and rival electronic forms of payment like PayPal.

The unprecedented rise of Bitcoin leads us to the following two questions:

Taxation of Bitcoin transactions in Australia

In a statement provided to the Australian Financial Review, the Tax Office said it will provide further advice to taxpayers by the new financial year on how to account for Bitcoin transactions in tax returns for the 2013-14 year.

Below are several different scenarios in which Bitcoin could be utilised, and their potential tax treatment.

1)    Selling goods and services in exchange for Bitcoin

Businesses that sell goods or provide services in exchange for Bitcoins derive ordinary income–just as they would if they sold goods and services for cash. As a result, they will need to include all ordinary income from sales made using Bitcoin as assessable income in their income tax return.

Where the business is registered for GST and the sale constitutes a taxable supply, the business should issue a valid tax invoice and remit the appropriate amount of GST calculated based on the Australian dollar value of the Bitcoin revenue received to the Tax Office.

Buyers are well advised to keep records of any purchases using Bitcoin and account for the tax consequences if it represents a deductible business expense or if the purchase is an investment asset that may result in a capital gain or loss under CGT rules.

A taxpayer may generally claim eligible business purchases made using Bitcoin as a tax deduction, either immediately or spread out overtime (for example, under capital allowances rules). The general rules in relation to deductibility will be applied the same way where payments are made with Bitcoin as where payments are made with cash or on credit.

Of course, there are statutory record-keeping requirements under tax law and those requirements will apply to Bitcoin transactions as well.

Where the buyer is registered for GST and the acquisition is business related, the buyer should ensure that they receive a valid tax invoice for the purposes of GST law in order to claim any input tax credits to which they are entitled(that is,where the purchase is a taxable supply or a GST-free supply).

The easiest way to invest in Bitcoin is by simply holding the coins in an online wallet. Just as for shares,there are different ways in which these Bitcoin investment gains may be taxed:

In practical terms, a Bitcoin trader who trades in high volumes or values daily may be taxed on their transactions differently to someone who“mines” Bitcoin or to someone who sells some Bitcoin after holding it as an investment for several years.

Legal status of Bitcoin around the world

The legal status of Bitcoin around the world differs according to jurisdictions, with countries including Russia,Vietnam, Thailand and Indonesia banning the Bitcoin as a currency outright.

In a slightly watered down approach, China has banned financial institutions and payment companies from handling Bitcoin transactions, but has not curtailed the use of Bitcoin by individuals.

Like China, India remains lukewarm on the question of Bitcoins and has advised the Indian public not to indulge in the buying or selling of virtual currencies.

Countries like Singapore, Belgium,the United States, Britain and Germany, among others, state that Bitcoin is entirely legal. Singapore has provided clear guidance on how taxpayers can manage taxation on Bitcoin transactions, with money made through transactions taxable as income and money made through investments treated as capital gains, although there is no CGT in Singapore.

Germany has said that it viewed Bitcoins as personal money for individuals – which means the currency is taxable to the individual via sales and capital gains tax and Britain said it is considering treating Bitcoin as an asset or as private money, rather than a voucher as was previously the case, following a surge in demand in that country for the virtual currency.

Mean while the Tax Office’s United States (US) counterpart, the Internal Revenue Service (IRS), is of the view that virtual currency is to be treated as property for the purposes of US taxation law. The IRS has recently released detailed guidance on this issue.

Other than hacking, the Bitcoin currency has also been found to be susceptible to money laundering, bribery and the purchasing of illicit products such as drugs and weapons and other questionable products and services.

There is no simple way to track down individual Bitcoin miners and while the Bitcoin system tracks every transaction, it does not divulge people’s identities. This will be one of the most fundamental issues for the tax authorities around the globe to deal with, and further guidance from the Tax Office in Australia as to how they intend to identify Bitcoin users and the tax liabilities they rack up will be welcomed by all users here.

Volatility is another problem, but financial experts have said this will become less of an issue in the future once more Bitcoin exchanges gain volume. Additionally, the absence of a regulator or similar authority makes Bitcoin less transparent, harder to trace, and a riskier investment than“normal” more accepted currencies. This also makes it difficult to convert Bitcoin into Australian dollars to determine income and expenses reliably.

Regardless of whether it is likely that Bitcoin will eventually replace“real money”, Bitcoin’s ubiquitous presence in the international currency market looks unlikely to abate any time soon and the Tax Office’s increased scrutiny of Bitcoins indicates that failing to correctly account for Bitcoin transactions could land taxpayers in hot water.

Consult this office if you are still unsure how Bitcoin is likely to be taxed in Australia and what records you will likely need to keep to substantiate your Bitcoin transactions.

As an Advisor we have been, and will continue to face some very challenging times…