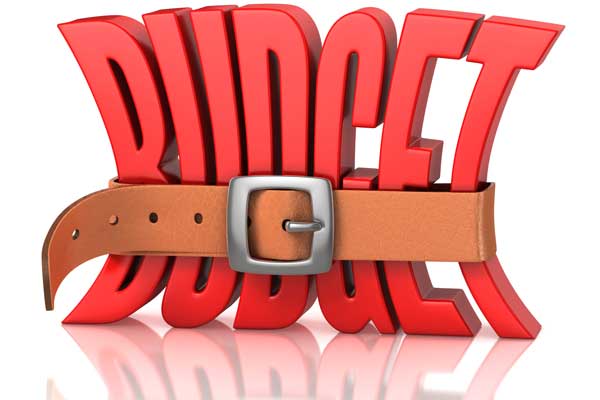 It is prudent that taxpayers prepare thoroughly for the changes that are certainly going ahead, and keep the proposed changes on their radar so they are not caught unaware.

For superannuation, the 2014-15 year will finally see an increase from the present $25,000 concessional contributions cap up to$30,000. The table below summarises the caps for those of different ages.

There will be a rise in the Medicare levy from 1.5% to 2% for all taxpayers from July 1 this year. This was legislated by the previous government to assist with the funding in DisabilityCare. Employers will be required to install new tax rate tables into their payroll software to capture this increase to the Medicare levy.

However no change has been proposed to the Medicare levy surcharge, which is currently imposed at a rate of 1%, 1.25% or 1.5% depending on one’s circumstances. This surcharge only applies when a taxpayer does not have adequate private health insurance cover and exceeds the relevant income threshold.

SMSF trustees found to be in breach of the regulations have faced the“all-or-nothing”prospect of being made non-compliant. But from July 1, the Tax Office will have the power to issue administrative penalties on a sliding scale, depending on the severity of the breach. Being deemed non-compliant is still possible, but the Tax Office will also be able to issue a “rectification” direction, can demand that the trustee undertakes an approved educational course within a specified time, or can issue monetary penalties of up to $10,200 for each breach the trustee is foundto have committed.

The measures below were contained in the Federal Budget 2014-15 and are subject to successful passage through the Parliament.

Importantly,the reduction in the R&D tax offset rates will occur one year ahead of the corresponding fall in the corporate tax rate.

From July 1 this year,anyone with taxable income above $180,000 will pay an additional 2% a year in tax on the part that exceeds $180,000 for the next three years–taking their marginal tax rate to 49%,which includes the new Medicare levy. For someone earning $300,000 a year, it will mean $2,400 a year extra in tax. Strategies to avoid this proposed debt levy may include deferring tax deductible expenses to the next tax year or bringing forward income to the current tax year where possible.Consult this office to help you decide whether these strategies are suitable for you.

The Tax Office will issue tax receipts to around 10 million individual taxpayers along side their notice of assessment.The one-page personalised and itemised receipt will show, in dollar terms, how much of a person’s tax bill was spent on each budget area. It will also show the level of gross government debt, on a per-person basis.

The government will abolish the Dependent Spouse Tax Offset (DSTO) for all taxpayers from July1,on the back of the 2011-12 Mid-Year Economic and Fiscal Outlook measure which–from July 1, 2012– limited access to the DSTO to those whose dependent spouses were born before July 1, 1952.

A payment of $876.20 a year for singles or $660.40 each for a couple is currently paid to all recipients of the Commonwealth Seniors Health Card. Following its abolition however, seniors will need to review the amount they are drawing from their superannuation pension or investments to cover the shortfall.

The Mature Age Worker Tax Offset (MAWTO), with a full offset of $500 that was paid to people aged 56 and over who kept working, will be abolished.The government will redirect the savings from this to fund a $10,000 two-year subsidy called Restart for employers who take on employees aged 50 and older who have been on income support for more than six months.

Eligible employers will receive $3,000 if they hire a full-time mature age job seeker who was previously unemployed for a minimum of six months if they employ that person for at least six months. Once the job seeker has been working for the same employer for 12 months, the business will receive another payment of $3,000, then another $2,000 at 18 months and a final $2,000 at two years. To be eligible, businesses will need to demonstrate the job they are offering is sustainable and on going, and that they are not displacing existing workers with subsidised job seekers.

The government will maintain–in other words,freeze – the current Family Tax Benefit (FTB) payment rates for two years from July1,2014. Under this measure, indexation of the maximum and base rates of the FTB PartA, and the rate of the FTB Part B will be paused until July 1, 2016.

9)  Parenting Payment Single to be indexed only by inflation

From July 1,the government will index the Parenting Payment Single only by the consumer price index as opposed to the higher of the increases ininflation, Male Total Average Weekly Earnings  or the Pensioner and Beneficiary Living Cost Index.

The government will remove further indexation from payment of the Clean Energy Supplement,which is paid to recipient so fall social welfare payments. This means the rate of payment will be the rate payable prior to July 1, 2014.

From July 1, the government will support those learning a trade by providing concessional Trade Support Loans up to $20,000 over a four-year apprenticeship. This will replace the current “Tools for your Trade” program.

SMSFs: Note that trauma insurance is not allowed after July 1, 2014

From July 1, 2014, a self-managed superannuation fund (SMSF) can only provide an insured benefit…